“Nobody knows the trouble I’ve seen

Nobody knows my sorrow

Nobody knows the trouble I’ve seen 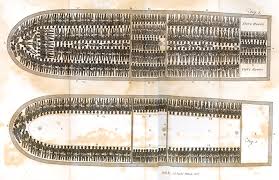 Martin Luther King murdered by a white racist in Memphis

Government refuses to give adequate pay raise to workers in Bermuda

Qualified, educated Bermudians denied jobs in their own country

Throughout the past 500 years, blacks have been subjected to all forms of racism from whites throughout this planet we call Earth. Seemingly, we are conditioned to take systematic abuse, beatings, lynchings and killings on a regular basis.

Yet, at best, we simply react with horror, fear, forgiveness and 500 years of hurt.

We react time and time again by talking about slavery and the evil that many whites have done to us as a people. We react by sitting in church and singing Amazing Grace or “We shall overcome”.

We react by taking to the streets with placards and slogans.

Yet the chains remain.

We are seemingly waiting until the next time we are abused, shot or beaten to react.

Quite frankly, many black people are tired of reacting. So what are we to do as a people? Shall we just sing Negro spirituals hoping for a European Jesus to save us from European racism and colonialism?

Shall we go on Facebook and post away under every single news item that exposes the latest racist act going on somewhere in the world?

Shall we just get frustrated and purchase a one-way ticket to the mother country of English racism?

Yet the chains remain.

Not one of those acts will stop the structural racism against us as a people.

Not one of those acts will force racist whites to treat us as equals in our own country.

It is time to focus on a series of proactive issues that we must, I repeat must, move forward with as individuals and as a collective group.

Those are the keys to our success.

Those are the keys to our success.

It is time to hold each other accountable and be receptive to constructive criticism. Quite simply, it is time to stop being reactive and time to start being proactive.

It is time to set an agenda of self-empowerment.

Those are the keys to our success

It is time to break 500 years of chains.

“There’s an army rising up.

There’s an army rising up.